One of the major aspects of cultural interest for the city of Sanremo is the Rambaldi picture gallery , which houses a vast collection of paintings and books of international interest.

The large selection of paintings and prints in the picture gallery was purchased by the municipal council of Colla, now known as Coldirodi , in 1865, from priest Paolo Stefano Rambaldi , together with the vast range of documents and volumes that the same father wanted to give, on his death, as a gift to his native country. The intention of the municipality, as stated in the original purchase deed, was to “keep in the land that was lucky enough to give birth to the said Rambaldi as many of him as dearest memories” . The year following the priest’s death, in 1866, the picture gallery was established, whose seat, according to Rambaldi’s will, will never go beyond the borders of Coldirodi.

In 1956, when Coldirodi from an autonomous municipality became a hamlet of Sanremo, the pictorial and book selection of the art gallery became an integral part of the cultural and museum heritage of the City of Flowers.

Since 2006, the year that marks the bicentenary of the foundation of the picture gallery-library, the collection of works and documents has been housed in the extensive rooms of the Villa Luca Museum, which once housed the municipal offices of Coldirodi: a magnificent building with frescoed by the Art Deco painter Giovanni Morscio, and surrounded by gardens from which you can admire an enchanting view over the bay of Sanremo and Ospedaletti. 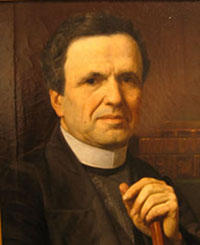 The priest Stefano Paolo Rambaldi (Colla di Rodi, 1803 – Florence, 1865), to whom we owe this splendid collection of works of art, was born in Coldirodi on 25 December 1803 to Gioachino Rambaldi and Bianca Maria Cassini.

He spent the years of his youth, as a religious of the Family of Priests of the Mission, in Florence, the city of art par excellence, where his interest in the visual arts grew, and where he became involved in the ideals of the Risorgimento thanks to the precepts of Antonio Rosmini (1797-1855), philosopher and priest, who was one of his teachers of thought, and from the correspondence he developed with some of the most important personalities of the Italian Risorgimento, such as Vincenzo Gioberti, Monsignor Pellegrino Farini, Alessandro Manzoni, Massimo Taparelli Marquis d’Azeglio, Tullio Dandolo, Carlo Botta, Giovanni Ruffini, and last but not least the great writer Silvio Pellico.

He also maintained relationships with numerous and prestigious cultural circles, such as the Valdarnese Academy, of which he was a member of the Moral and Religious History class, and the Promoting Society of Fine Arts.

He held the position of rector of the Major Archbishopric Seminary of Piazza di Cestello in Florence between 18 November 1841 and 25 August 1849, when the Austrian occupation of the Grand Duchy of Tuscany forced Archbishop Minucci to close the seminary.

In the meantime, his rich collection of paintings and books was growing more and more, and so did his debts, so much so that already on February 16, 1854, eleven years before his death, the priest drew up his will, arranging to sell, to the his death, his pictorial collection and then, with the money he earned, he paid his creditors and at least saved his library.

In 1857 Rambaldi wrote The Visit of Uncle Luca , a didactic work awarded in 1859 by the Central Commission for the dissemination of good books. In 1860 he bought an apartment on the third floor of Via Torta, where he lived until his death, and obtained the job of catechist at the Royal Liceo Dante in Florence, and from 1863 he was able to enjoy the fruits of a well-deserved pension assigned to him by King Vittorio Emanuele. . He died in Florence on April 5, 1865.

The lucky buyer of Rambaldi’s precious collection of paintings was, as already mentioned, the municipal council of Coldirodi, which met in an extraordinary assembly on June 18, 1865, accepted the mayor’s motion to keep those paintings in the priest’s hometown.

Rambaldi, an educator as well as a priest, firmly believed in culture as an instrument of emancipation, of liberation of peoples, and as a means to achieve authentic faith, the one that is “rational and enlightened”, and not obtained “by instinct”. Inside the picture gallery you can admire two portraits of Rambaldi. One, dated 1850, is a painting by Dario Castellini, a painter originally from Carpi, in the province of Modena, active in the decades between 1850 and 1880, known by the priest during his period of residence in Florence, where Castellini was already a sailor portrait painter.

The other, made ten years later, in 1860, is the work of Antonio Ciseri (1821-1891), a Swiss-Italian painter, born in the Canton of Ticino and moved to the Tuscan capital at the age of only twelve, still considered today the best exponent of the religious painting of the nineteenth century. 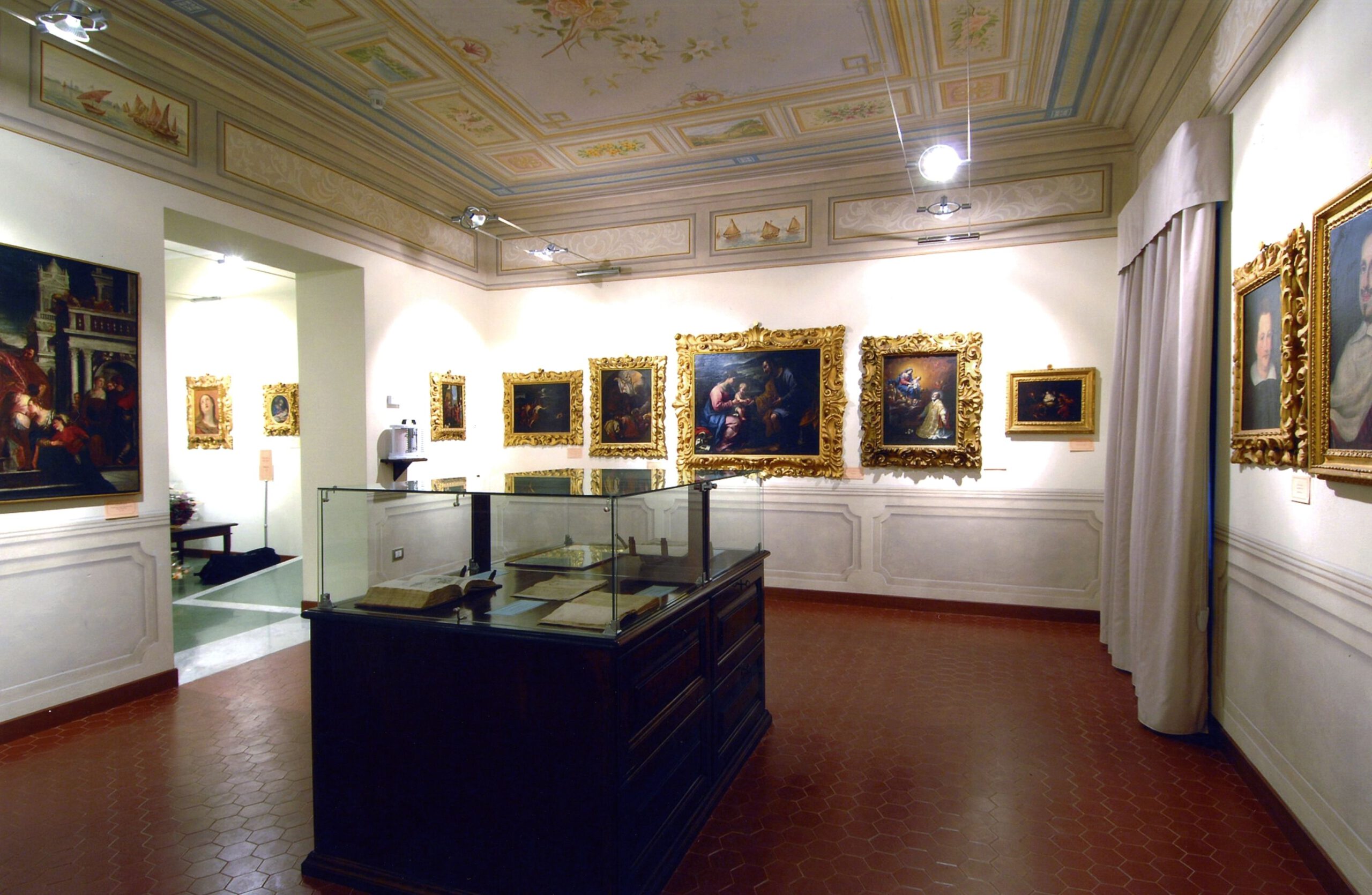 The pictorial collection of the picture gallery, consisting of about a hundred works, substantially reflects the personality, the aesthetic sense and the thought of the priest.

For example, there are two religious prints, the Vision of San Filippo Neri , attributed to the Florentine painter Mario Balassi (1604-1667) and San Sebastiano rescued by the pious women of Michele Rocca (ca. 1666-1751 / 1752), Rococo author of Parma origin, where the influence of the master Correggio can be seen alive.

But characteristic of the priest is also a taste for art in a certain way of a secular and bourgeois style, so in his collection the vast range of paintings unrelated to the sacred subject, paintings depicting landscapes, still lifes and seventeenth-century floral compositions, among which the two stand out Flower pots by Giuseppe Recco (1634-1695), one of the greatest exponents of Neapolitan still life. Among the spearheads of the picture gallery we see the Madonna with Child , the oldest work of the entire collection (dated from around 1480) by Lorenzo di Credi (1459-1537), a young pupil of the workshop of the great Andrea del Verrocchio in Florence at the turn of the fifteenth and sixteenth centuries. The incisive and precise lines, the result of the teachings first of his teacher Verrocchio and then of his own co-disciple Leonardo da Vinci, are realized in the details of the face and in the sensation of plastic monumentality that give the shapes of the two portrayed characters.

Furthermore, the Holy Family with San Giovannino and two Angels, datable between 1512 and 1516 and attributed to the Florentine Dominican friar Fra Bartolomeo, known as Baccio della Porta (1472-1517): a Holy Family that is singular to say the least if we consider the dimensions of the work (little more than a miniature) in the midst of the author’s other gigantic-sized works. The bucolic environment in which this angelic circle moves, to which the position and the motion of the characters gives a truncated pyramid shape, refers to the idyllic settings of the theocritical compositions and instills a serene feeling of tranquility in the viewer.

Also noteworthy is the collection of works by Salvator Rosa (1615-1673), the famous Neapolitan painter, engraver and poet of the seventeenth century, among which the oil on canvas is certainly noteworthy. The temptations of Sant’Antonio (ca. 1645), in which the author shows the Saint who is distracted from meditation by the appearance of frightening demonic figures and who tries to defend himself by raising his left arm in the air holding a cross. The horror of Evil is depicted in an explicit, graphic, almost expressionist way by Salvator Rosa, especially in the oversized features of the monster that stands in an arid, desert, rocky and inhospitable landscape, in front of Antonio: a horrifying anthropomorphic and hermaphrodite, with spider limbs, mouse tail and human-like torso, whose bizarre forms were certainly a source, if not of imitation, at least of inspiration for the authors who brought this episode of the Christian iconography (Matthias Grünewald and Hyeronymus Bosch in the early 1500s and Salvador Dalì in 1946).

Rambaldi, for his part, had a great admiration for Rosa. Among his favorite books is in fact the first monograph on the author, published in 1834 by the Irish writer Sidney Owenson, aka Lady Morgan (1776-1856). The character of Salvator Rosa, his attitude as a painter of dissent, adventurous, patriot and rebellious, anticipated by two centuries the romantic and, more particularly, Risorgimento ideals of freedom of which the priest was, as has been said, a staunch supporter. In fact, another painting of considerable value of this eclectic and multifaceted seventeenth-century character also appears in the collection, La rupe, whose nature depicted, made of looming rocks, curved trees, shadows and landscape elements that aim to instill a healthy fear in the viewer, underlining the smallness of man compared to the subtly malign grandeur of Mother Nature, reflects in a certain way the aesthetic taste of the sublime (see the comparison with the famous Wayfarer on the Sea of Fog by Caspar David Friedrich, manifesto of the “new” aesthetic style), that “horror of beauty” which also manifested itself in the aforementioned The temptations of St. Anthony .

Last but not least, the picture gallery also houses various works by Jacopo Vignali (1592-1664), a Florentine painter who wrote the Holy Family in household chores and Davide plays the harp in front of Saul.

The Rambaldian collection, however, is not oriented only on seventeenth-century or Renaissance painters: the collection also includes works by Karoly Marko the Elder, a nineteenth-century Hungarian painter born in Levoca, in present-day Slovakia, in 1791 and died near Florence in 1860, author of bucolic landscapes with a classical taste, mindful of the examples of the great masters of the past, and works by Anton Raphael Mengs (1728-1779), a German painter among the greatest exponents of Neoclassicism. Among his portraits, which Mengs painted throughout his career, we remember the Portrait of Leopoldo I Grand Duke of Tuscany , housed in the picture gallery, the Portrait of Pope Clement XIII and the Portrait of Onorato Caetani .

Among the other works in the picture gallery we must also remember those by Aurelio Lomi, Carlo Dolci, Onorio Marinari, Giacinto Gimignani, Livio Mehus, Ciro Ferri and Francesco Gessi, as well as various copies from originals by Andrea del Sarto, Tiziano Vecellio, Paolo Veronese and even the great Rembrandt. 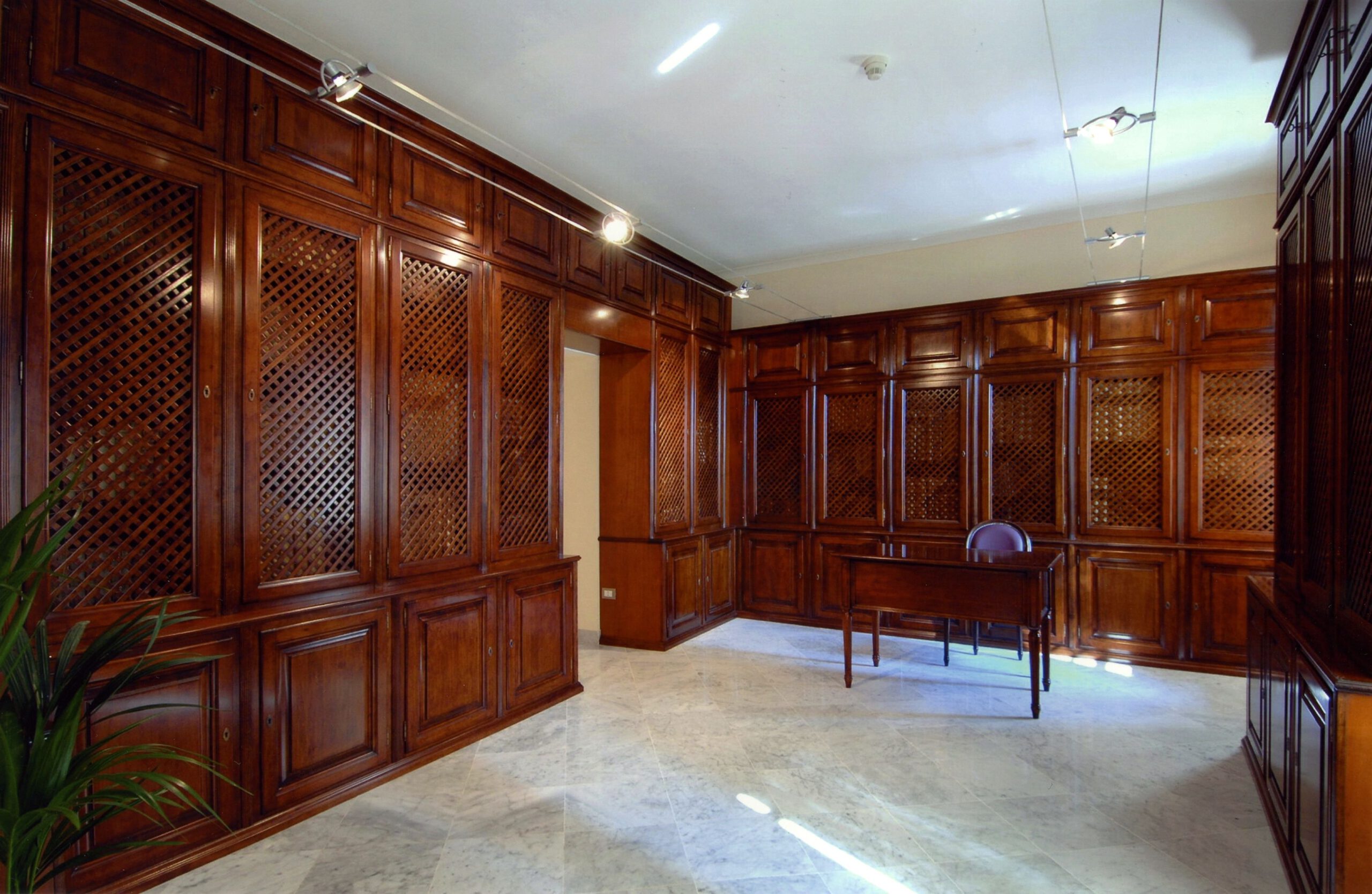 Attached to the Pinacoteca, visitors can also find the large and equally well-stocked Rambaldi Library, which houses an enviable collection of documents and paper volumes given as a gift to the city of Coldirodi by Father Stefano Rambaldi shortly before his death.

The numbers in themselves give the measure of the importance and cultural prestige that resides in Sanremo not only in the Civic Library but also in the Rambaldi Library of Coldirodi: more than 5000 documents, of which 4826 derived from the original collection, including parchments, ancient manuscripts (dating back to before the fifteenth century) and modern, autographed letters, fifteenth and sixteenth century printed in movable type, are part of the book collection. Among the rarest works it is interesting to point out an edition, printed in Venice in 1476 in only eight copies, of the Naturalis Historia , the naturalistic treatise written by Pliny the Elder between 23 and 79 AD; a Venetian edition of 1470 of the Historiae Romanae Decades by Tito Livio, a great Roman historian who lived between 59 BC and 17 AD; a 1480 print of the Bible by the Venetian printer Renner, and a fifteenth-century copy of the unfinished Nuova Chronicle , historical chronicle in 11 books written by the fourteenth-century chronicler Giovanni Villani starting from 1322.

To these is added a small number of volumes purchased after Rambaldi’s death, including some documents owned by the Barnabite father Giovanni Semeria (1867-1931), writer of religious books and preacher, also a personality linked to the name of Sanremo and more particularly Coldirodi. 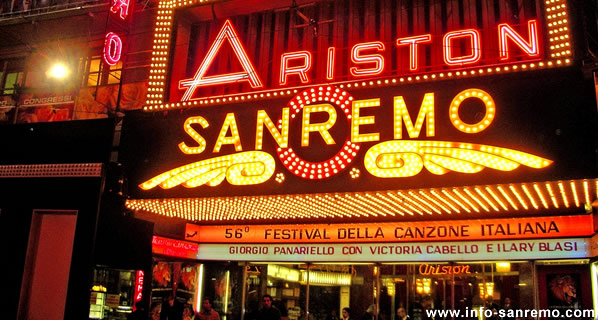 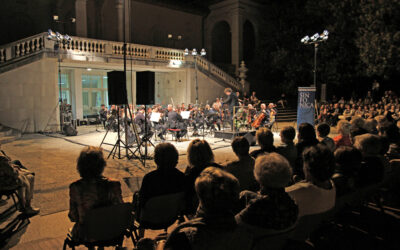 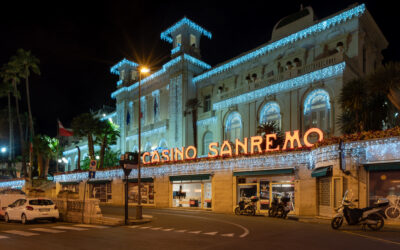