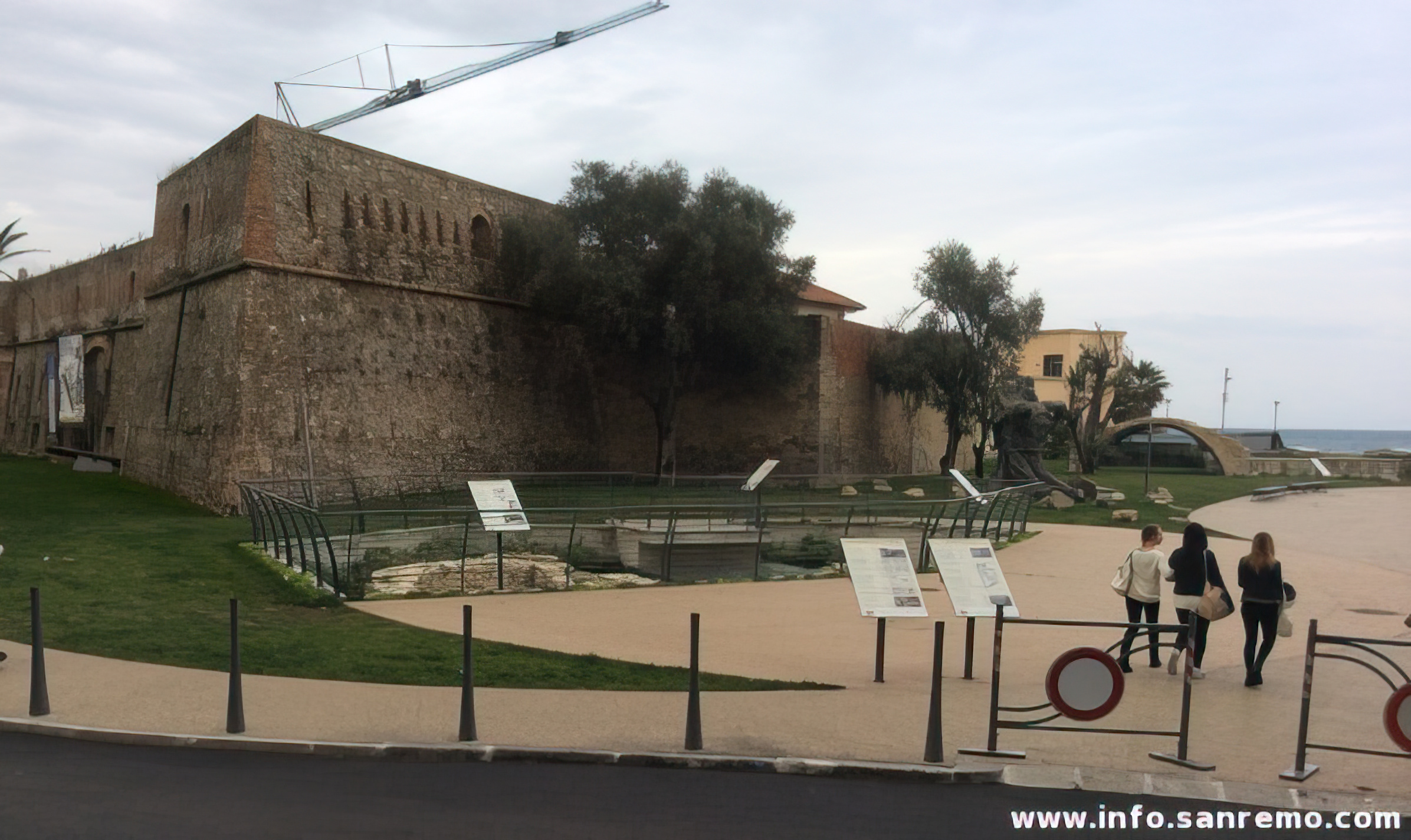 The square of Pian di Nave in Sanremo has undergone a major restyling to be donated again to the city. The works are part of the larger integrated project “Pigna Mare”, concerning the redevelopment of the urban center with the Mombello – Santa Tecla axis, which leads from the historic heart called Pigna to the sea, and the pedestrian areas of Piazza Muccioli and Corso Matteotti . The inauguration took place on 31 July 2014 with: the opening of the square and the related archaeological site; the title of the park with games for children to the Caporal Maggiore degli Alpini Tiziano Chierotti, who fell in Afghanistan; and the title of the gardens in front of the fort of Santa Tecla to the Partisan Commander Vittorio Guglielmo “Vittò”, Silver Medal for Military Valor. A dutiful and heartfelt tribute from Sanremo to its heroes, of today (Chierotti 1988 – 2012) and of yesterday (Guglielmo 1916 – 2002). 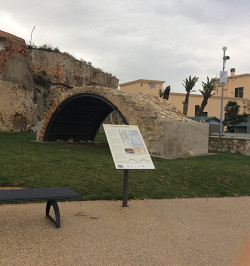 Archaeological remains were found in Pian di Nave, protected with transparent roofs and skilfully enhanced: a series of walls brought to light during the excavations for the construction of the spillway of the San Romolo stream. It is a seventeenth-century building, including a plant for the marketing of olive oil and a furnace for metals, as well as a significant portion of the medieval Vallotto bridge, originally located at the intersection of via Feraldi, via Corradi and via Palazzo. The ancient location, along the Roman road, is justified by the development of the complex of the current co-cathedral of San Siro , dating back to the 12th century, although it is certainly a settlement dating back to the 1st century BC. The Vallotto bridge remained in use until 1866, when it was incorporated into the cover of the stream. The need to enlarge the hydraulic section recently led to the dismantling of the structure, relocated in the gardens named after the partisan deputy Gino Napolitano, Silver Medal for Military Valor (1924 – 2000). This green area, next to the fort of Santa Tecla, is entirely dedicated to April 25 and stands out the monument to the Martyrs of the Resistance by another partisan, sculptor and painter linked to Sanremo: Renzo Orvieto (1922 – 1999).

The archaeological remains are extremely important because they document the last phase of life of the Pian di Nave residential area, demolished in 1755 to make room for the Santa Tecla fort. The district was built in the seventeenth century along the coast between the old and the new pier and this suggests how it was the expansion of the port that determined its birth and evolution. The seventeenth-century building, on two sides directly overlooking the beach, had two one-storey houses. The ground floor of the first, located further upstream, was used for handicraft activities. Today it is possible to see only a few rooms: of the first unit the room for the storage and sale of oil and the pre-existing furnace for melting the metal and a compartment of the second unit.

Inside the plant for the marketing of oil, four rectangular tanks, underground and about one meter deep were used to store the reserve. These cisterns had a capacity of one thousand liters each and were covered with slate to protect from the sun’s rays, to keep the temperature constant and to avoid waste, since the slate is not impregnating. Leaning against the opposite wall was the counter, also in slate, for the retail sale of oil. The precious liquid that leaked into the pouring from Provençal jars and bottles was conveyed to a basin at the foot of the counter and thus recovered.

The furnace for metals is a further testimony of the maritime trade conducted by the City of Flowers in the Mediterranean. The copper that was melted there probably came from Sardinia or from Massa Marittima in Tuscany. We speak of copper due to the green color drippings on the internal surface of the dome of the melting chamber, which is basement and has the typical ovoid shape. Furthermore, the marked blackening is compatible with the high melting temperature of copper around 1100 ° C. Later, before the final disposal of the furnace, a modification was made in the front part of the melting chamber with the insertion of a vaulted opening, which shows no traces of combustion, thus suggesting a different use of the structure.

The Pian di Nave square and the old port are dominated by the fort of Santa Tecla, with the curious characteristic of having the slits facing the city, due to the people’s revolution against the dominion of the Serenissima Republic of Genoa on 6 June 1753. The reaction of the Republic was immediate and decisive: a naval expedition under the command of Agostino Pinelli stifled the rebellion on June 15th. This explains the treasure of 102 coins of the oil trader, which was hastily hidden under the floor and then abandoned as many rioters were arrested and others exiled. The coins, kept in a fabric bag and arranged in seven piles of small amounts, were ready for as many payments. Discovered in 2005, during the excavation directed by the Archaeological Superintendency, restored and object of numismatic study, they turned out to be of different origins, both from the great European nations and from the Italian pre-unification states except from the “Superba”, and dating from the late 16th to the middle from the 18th century.

The insurrection of 1753 was fatal to thirteen houses in Pian di Nave, described as the most beautiful and recent, up to three floors high, with vaulted ceilings and flat waterproofed roofs. Genoa confiscated and demolished them to build the fortress on the beach at the base of the new pier, a perpetual threat and control of Sanremo. The two units of today’s archaeological site belonged to the heirs Gio.Batta Navone and to the Reverend Priest Giovanni Sappia, according to the documents relating to the expropriation of the district preserved in the State Archives of the Ligurian capital. The fort of Santa Tecla was built in just ten months, surrounded by a moat and battlements. The materials resulting from the demolition were reused and, as for the building of the archaeological area, wooden poles were used for the foundations, given the sandy soil, not very compact and unstable. The works, which began on May 16, 1755, officially ended on March 12, 1756. Nowadays it is destined to become the new multipurpose cultural center of the City of Flowers. 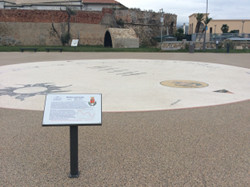 Pian di Nave offers a breathtaking view of the sea and is the ideal place for a moment of relaxation. In addition, you can make free use of the wi-fi made available by the Municipality. The floor of the square is decorated with a sundial with a didactic-playful function, the work of the architect Marco Lorenzetti. The numbers graphically recall the notes, Sanremo being the undisputed stage of the Italian song, and as their key to understanding the sun is depicted with the coat of arms of the city. The clock time is conventional and indicates the average time of the zone. Each place, on the other hand, has a solar hour that can be easily determined with a sundial. The exact local time can be read thanks to the shadow, projected towards the time points, of a person positioned with his feet together on the imaginary S / N meridian line, which intercepts the date scale corresponding to the day and year. Seeing is believing!
Francesco Corradi Civic Library :Suc →