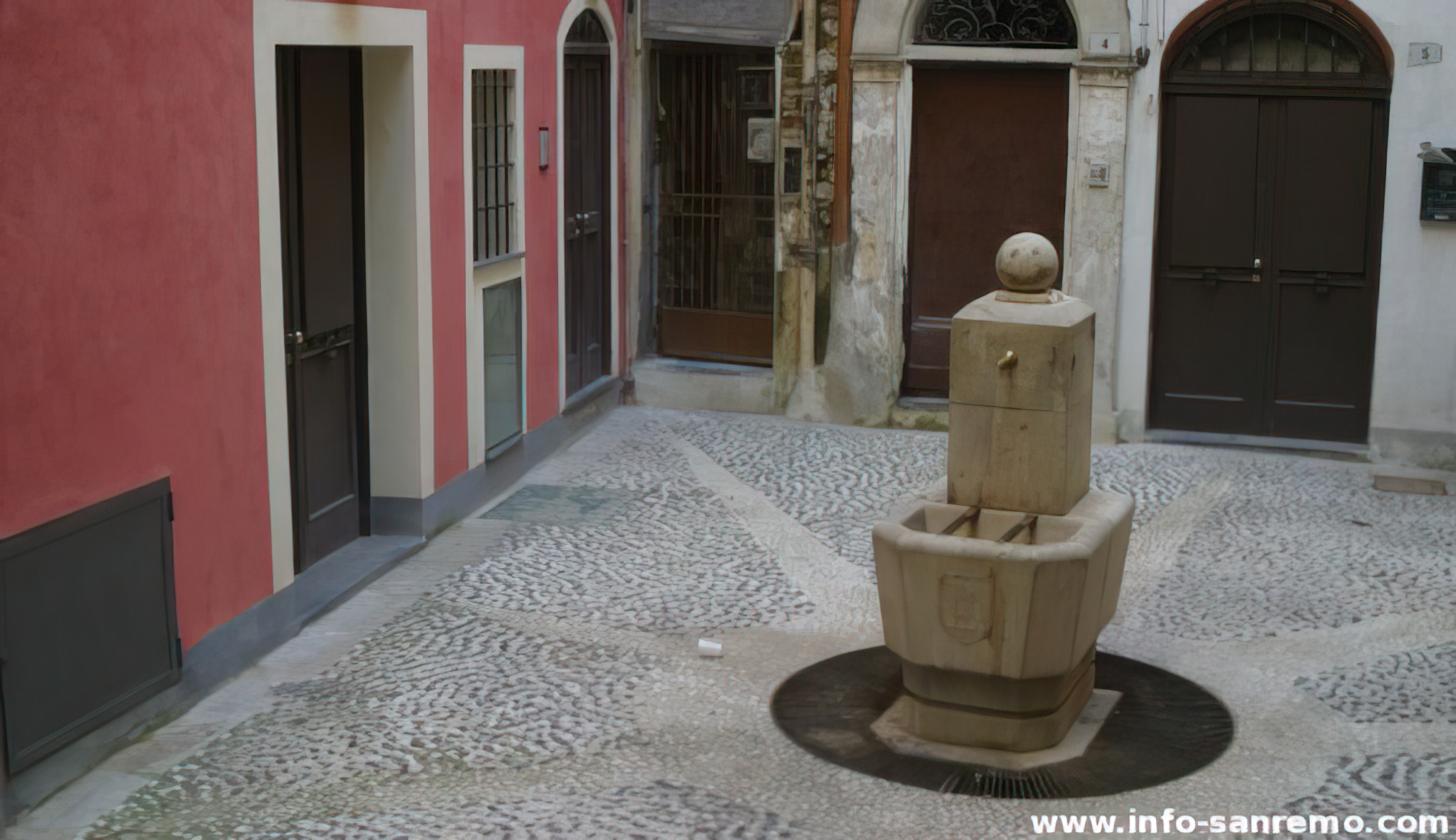 Charles de Brosses, an eighteenth-century French writer, describes La Pigna as a “very pretty little town built on top of a sugar loaf.” Founded around the year 1000, Old San Remo is called Pigna because of its characteristic clustered streets and medieval fortifications precisely in the image of the scales of a pine cone. The village was continuously expanded and reinforced until the 16th century to defend it from pirate attacks. La Pigna begins at the 14th-century St. Stephen’s Gate, a Gothic-style stone arch that forms a kind of junction between the modern and ancient city. 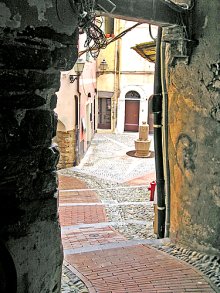 The built-up area is all clinging to the hill in concentric rings with covered passageways, courtyards, arches, fountains and stairways in a succession of bold architecture. Past the portal, one crosses the Rivolte di San Sebastiano, characterized by its beautiful cross vaults, and then reaches the Piazzetta dei Dolori, so named because in ancient times the Confraternity of Our Lady of Seven Sorrows had its headquarters in the nearby Oratory of San Sebastiano.

In the immediate vicinity runs Via Palma, the main artery of the village, which leads to the 17th-century Church of St. Joseph. Walking down the elegant street, one comes across Palazzo Manara, which hosted Pope Paul III back in 1538. Not far away, on Capitolo Street, stands the little building of the same name, which was the seat of the Magnificent Council of St. Romulus. Still walking through the village, one encounters the church of Santa Brigida, the oratory of San Costanzo, which is the oldest religious building, and the Regina Elena gardens that lead to the castle and the polychrome churchyard of the Madonna della Costa shrine. 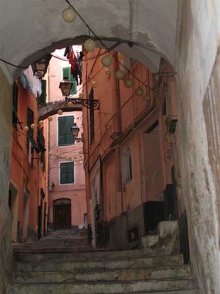 The most important sacred building in San Remo is the cathedral of San Siro; on the same square is also the baptistery of St. John the Baptist, which has a square plan and houses a famous painting by Orazio de Ferrari, the Communion of Magdalene, inside. Opposite the Cathedral of San Siro is the Oratory of the Immaculate Conception, a remarkable example of Baroque architecture. We still remember St. Stephen’s Church in Cassini Square and St. Mary of the Angels Church.

In the Eroi Sanremesi square, stands the medieval Ciapèla Tower, better known to the Sanremese as the Saracen Tower, which once defended the far edge of the city. Another important historical building right at the foot of the La Pigna Borea D’Olmo Palace built in the VXV century, features a beautiful atrium staircase and two portals adorned with 16th-century sculptures; inside, the main floor, in rooms frescoed by Giovanni Battista Merano, houses the Civic Archaeological Museum.